Written by Oriol Zertuche
Updated over a week ago

Every Deal has its own set of stages that a deal moves through on the flow By default, we include the following Deal Stages: Incoming, Won, Unqualified and Lost. You can create or modify the stages to fit your Sales Pipeline. To customize the deal stages, open Settings > Deals Stages page in your GoCRM account. You can rename pre-existing stages to match your workflow, and you can add new stages under Intermediate Stages by selecting Add New. 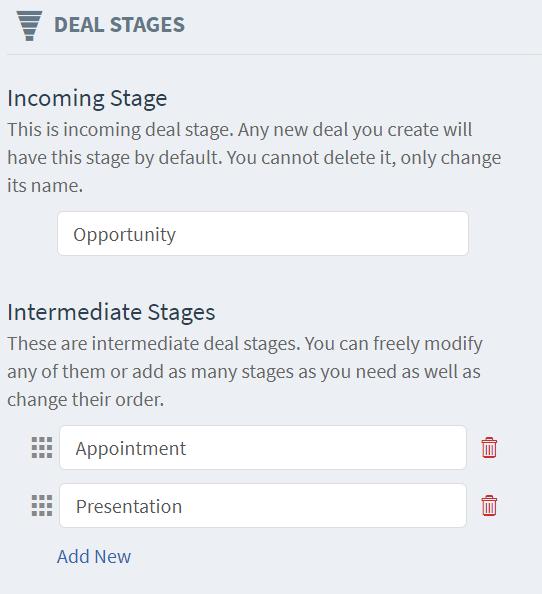 To add a Deal manually, open the main Deals page in your GoCRM account and click on + Add Deal.

You will be prompted to enter your deal name, estimated amount, deal stage, and what contact it is related to. Then click Save.

Deals that may be at risk of due to low relationship strength will turn orange in the board, so you make sure they don't slip through the cracks.

Did this answer your question?